March 18, 2008
After the last post, I poked around the library a bit to see if I could find more substantive information on Yemen's Akhdam and their traditional association with the region's 6th C. Aksumite conquerors. I found "Akhdam tribe in servitude," a 1976 Geographical article by James Horgen. His version of the "commonly held myth about their ancestry...heard from both illiterate tribesmen and learned scholars" goes something like this:

After 570, Sayf ibn dhi-Yaz'an, the Jewish Himyarite aristocrat who'd successfully entreatied Sassanid Persia to deliver his people from Aksumite Christian dominion, was installed as Persia's vassal. He killed the surviving Aksumite fighters, save for a few who were kept as a ceremonial guard for his processions.

Ceremonial or not, the Aksumites still carried spears. They played along with the pomp for a while, but one day, they turned those spears on Sayf ibn dhi-Yaz'an and assassinated him. This prompted the Sassanids to carry out an ethnic cleansing.

Their armies are said to have returned in anger with orders to "kill every Abyssinian (Aksumite) or child of an Abyssinian and Arab woman and not leave alive a single man with crisp, curly hair."

The survivors of this massacre were enslaved and pointedly used as menial laborers and entertainers, professions which remain the only real options available to the Akhdam today.

Here's where it gets fuzzy. After the coming of Islam, Arab dynasties in the region employed Abyssinian soldier slaves who were thought to be descended from the 6th century invaders. They also crossed into Abyssinia to "recruit" more of them. One 11th C. Yemeni Arab dynasty supposedly fielded 50,000 Abyssinian fighters in its army. Migrants from the African coast opposite Yemen have continued to trickle in ever since, many of them on pilgrimage to Mecca. Some of them stay and intermarry with the Akhdam, inheriting their social status.

Based on that, my hunch is that the servile caste occupied by today's Akhdam may be a sociological continuation of a Yemeni Aksumite slave class that survived the Persian purge. Unfortunately, short of new archaeological discoveries and/or a DNA study with a very creative methodology, it's difficult to see how anyone would be able to demonstrate a direct ancestral link between the modern people and the 6th C. people. Even if we were able to match DNA taken from the Akhdam with a sample conclusively identified with 6th-7th C. Yemeni Aksumites--and I suspect we would find matches, perhaps many matches--the results would only be suggestive. They wouldn't automatically support the conclusion that the matches belonged to unbroken family lines that subsisted in Yemen from the 6th C. onward.

Something else I first learned from Horgen's article was that Aksum's initial invasion of Himyar in 525 was not, as I'd previously inferred, a solo effort.* In a subsequent post, I'll revise my narrative of the Aksumite conquest of Himyar and explain how the Akhdam might owe some thanks for their lot to the Byzantine emperor Justin I...or perhaps even his more famous nephew, Justinian.

* The brief history I related in my original post was derived largely from Christian Julien Robin's entry for Yemen in Late Antiquity: A Guide to the Postclassical World from Harvard U. Press.
akhdam aksum axum himyar late antiquity narrative yemen

Judith Weingarten said…
A perhaps simple-minded point, but if they still have a good dose of Abyssinian blood, the Akhdam would look very different from East Africans. I'm not sure how you'd measure that in an ethically unchallenged way, but it might be possible.

Visit Zenobia's blog Empress of the East
11:11 AM 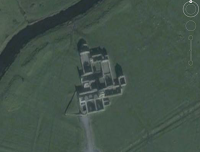 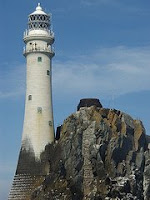